Published on February 16, 2007 in General, WordPress

Fundamentally there are a couple of ways to go about creating a WordPress theme. One way is to adapt another theme to meet your needs or alternatively to create a new theme from scratch. My initial thinking was that I was going to end up designing the theme from scratch but having no real previous experience with designing WordPress themes and being far from a PHP wizard I began looking for a WordPress theme that I could use as a basis for the site redesign. I took the approach of looking for a theme that matched the general layout I wanted for my site, colors and images were not that important as they could easily be changed later.

The first place I visited was the WordPress theme viewer. Thankfully, I could use the site’s filtering capabilities to look at only 2 column, liquid layout (most themes have a fixed width), widget-ready themes. Not finding a theme there that met all of my needs I decided to search Google using terms like “best wordpress themes” and came up with a few more potential candidates. Eventually I came up with the K2 theme (lot of code to learn from but not the type of layout I wanted) plus a list of seven other themes that could be considered potential candidates to use as a starting point. The list included: 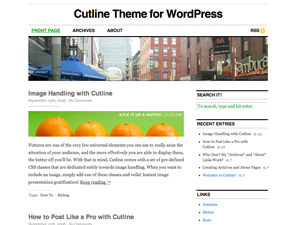 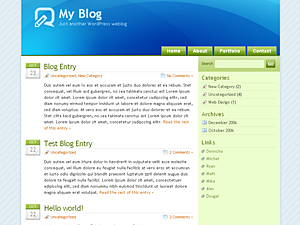 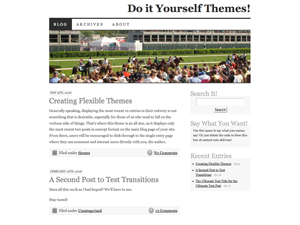 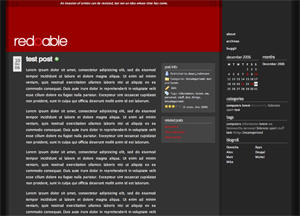 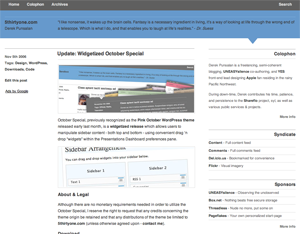 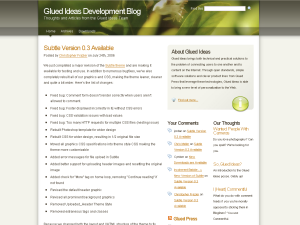 After looking through these themes my initial suspicion was correct. None of these themes perfectly met my needs but they all had good ideas from which I could borrow from to help code a new theme. With the help of these code samples and through the use of WordPress plugins/widgets it did not appear to be too hard to cook up a nice looking WordPress theme. The K2 theme and the Cutline/Press Row themes especially stood out as themes I could learn alot code wise from. The Subtle and Unsleepable themes were closing to the type of layout I was looking for,

This entry was posted on Friday, February 16th, 2007 at 2:48 pm and is filed under General, WordPress. You can follow any responses to this entry through the RSS 2.0 feed. Both comments and pings are currently closed.